Hello! Ready to go an virtual art trip? Let’s do it! Today we will be looking at the life and art of two Central African Republic artists. The only ones I found information of. They are Jérome Ramedane and Dieudonné Sana Wambeti.

Jérome Ramedane was born in Fort Crampel (today Kaga Bandoro) in Kémo Gribingui n 1936. He is one of the few known artists from the African Central Republic. Jerome was born to a poor family. Because he was small in stature, he was teased often because he was short. When he began painting, the exteriors of houses were his canvases, and he created images of chiefs, military men, and other notables as well as scenes from everyday life, such as hunting and people. He would paint with with charcoal, clay, kaolin, and chalk. Ramedane also became a Cathechist.

I couldn’t find out exactly, but Ramedane met someone who changed his life: René Deverdun, an agent for the Office for the Development of Agricultural Production. He was an amateur painter himself and they became lifetime friends. René admired Ramedane’s talent and encouraged him to paint beyond the walls of houses. He brought him other materials and organized a network in Bangui and France that allowed Ramedane’s work to be known outside of the Central African Republic. As Ramedane received more recognition, he was able to buy more and better materials; he later used oil and canvas, but his inspirations remained the same: the open air under the shade of a roof while looking at what moved him to paint.

Houses are (still) frequently painted in ways that are not seen in the west. The house is not a single solid hue, perhaps accentuated trim or shutters. In CAR, the outside of the house is use as a tableaux (or canvas). For example, the rectangular houses in Gbaya are painted o the exterior, typically, the top two thirds of the exterior wall is painted white. The lower part is often painted in blue or brown or both. (1)

Ramedane painted what he knew. Sibut’s influence on Ramedane’s life is clear, and he did paintings of both the town center and its Catholic Church. The scenes of rural life and the countryside that he depicted demonstrate his great feeling and empathy for rural people and their lives as well as the physical environment in which they lived. He drew on his experiences his in the vast savanna in creating his images his. (1)

“The Animals of the Forest” is an idealized scene of wildlife with a majestic lion as its centerpiece. The lion is accompanied by a water buffalo in the foreground, and there are two duikers behind of many them. A degree of abstractions finds giraffes and birds in the far background that are perched on top of hills. A stream and a spring are found in the lush grasses of the foreground, and a brilliant blue sky (a component his paintings) features prominently. (1)

Ramedane also produced representations of people, especially political figures. One such work is the painting “President V. Giscard d’Estaing in a Hunting Village,” in which the French president stands out among the villagers-his prominence his in the painting comes from his height his and his very different clothing his. He is a somewhat startling figure in the midst of Central Africans, much like the colonists who preceded him in the country. (1)

Another painting of elites is that of a meeting between Charles de Gaulle, the leader of the Free French movement who later became the president of France, and Barthélemy Boganda, the first leader of the Central African Republic. Although de Gaulle is larger in the painting ing, he was in reality a tall and physically imposing man, and Boganda is represented in a way that does not diminish the Central African’s stature. De Gaulle is in military garb and Boganda in Western clothes, including a long jacket and a briefcase as his only accessory his. The French Resistance during the Second World War owed an enormous debt to the whole of Central Africa for its role in the conflict, which this work demonstrates as the two men meet as equals on this canvas. (1)

Europeans were certainly not the only subjects of Ramedane’s work, as Africans featured prominently in his scenes of rural life. There are paintings of traditional dancers. In “The Fire,” the focus is on a man who has climbed on top of a roof and is throwing a pot of water on the thatching, trying to extinguish the fire inside. There is a group of people that stare horrified at the burning house while others move to help, including a second man who is scaling the same thatching. Both men and women are actively trying to combat the fire by bring ing calabashes of water and lifting them up to the roof. In this tragedy, the people of the village are uniting to save a neighbor’s home and perhaps their own. (1)

The three colors of the flag are reproduced through the spillway on the roof (the blue bucket, the blue water jet, the red impact). (2)

The folllowing one is called The tornado; “donvoro”, arises and undoes the squares in Sibut. The tornado is called donvoro in some Central African textbooks.

This is what he wrote about it:

“Dear friends, if you knew the life I currently lead, you might shed tears in your eyes. In Sibut, the violent wind of the tornado continues to threaten people, to remove the roofs on our heads, this time, it is harder. But nothing happens to me in the story of the wind.

Because I live really very badly at the moment. I only eat leaves like goat.

The single life is very bad. I would have to eat to have the strength to work well.” (2)

It was so moving to read this. I am sure his art gave him a lot comfort, a way to express his hardship, to let it go somewhere else. And in doing this he wrote part of the history of his country in paintings in the unique ways artists do.

These are more of his paintings:

René Deverdun went on to write a book about Jérome Ramedane shortly after his death in 1991. You can buy it right HERE. What an extraordinary friend!

Dieudonné Wambeti was born in 1977, in Begoua, in the Central African Republic, he currently lives and works in Bangui.

At the age of 14, having completed primary school, that Dieudonné Sana Wambeti started his easel painting training at the studio of the artist Michel Ouabanga. He began his career with photographic portrait commissions. In the 2000s, he started focusing on a more personal approach with a particular emphasis on ecological issues and a wish to alert his fellow citizens to these issues.

His paintings contain naïve and surrealist overtones. They are the result of a reflection on the Central African Republic’s future and are inspired by daily life and the luxuriant vegetation of his country. His work has been exhibited in museums and can be found in art auctions.

Since the end of the 1990s, the works of personal expression of Dieudonné Sana Wambeti have found many collectors in the Central African Republic and in France mainly. The artist’s production includes numerous oil paintings on canvas whose formats can range from 50 x 40 cm to 250 x 180 cm. He also executed a few painted walls, including the one made in 2O11 on the facade of the Rive-Droite kindergarten in Auxerre. (3)

Here is some of his work:

“While his artwork has been appreciated for several years on the contemporary African and international art scene, paradoxically the artist still works tirelessly to support his family with his painting. Deeply attached to his native country, despite the terrible economic and material hardships afflicting the place, he has a studio in Bangui where he practices and teaches painting. In this unstable country torn apart by political tensions, devastating ethnic and inter-confessional violence and deeply fanatical warring factions, the artist perseveres.”

I totally identify with this painting of his:

I am so like this! ^ ^ It is not easy balancing these! The artist always wants to take over! Maybe that’s what the torn pants are about…

Soon you will see how their art inspired me! That’s right … an angel of gratitude is coming soon!

Thank you for joining me in this incredible virtual Central African art trip!

(1) Book: Culture and Customs of the Central African Republic by Jacqueline Woodfork 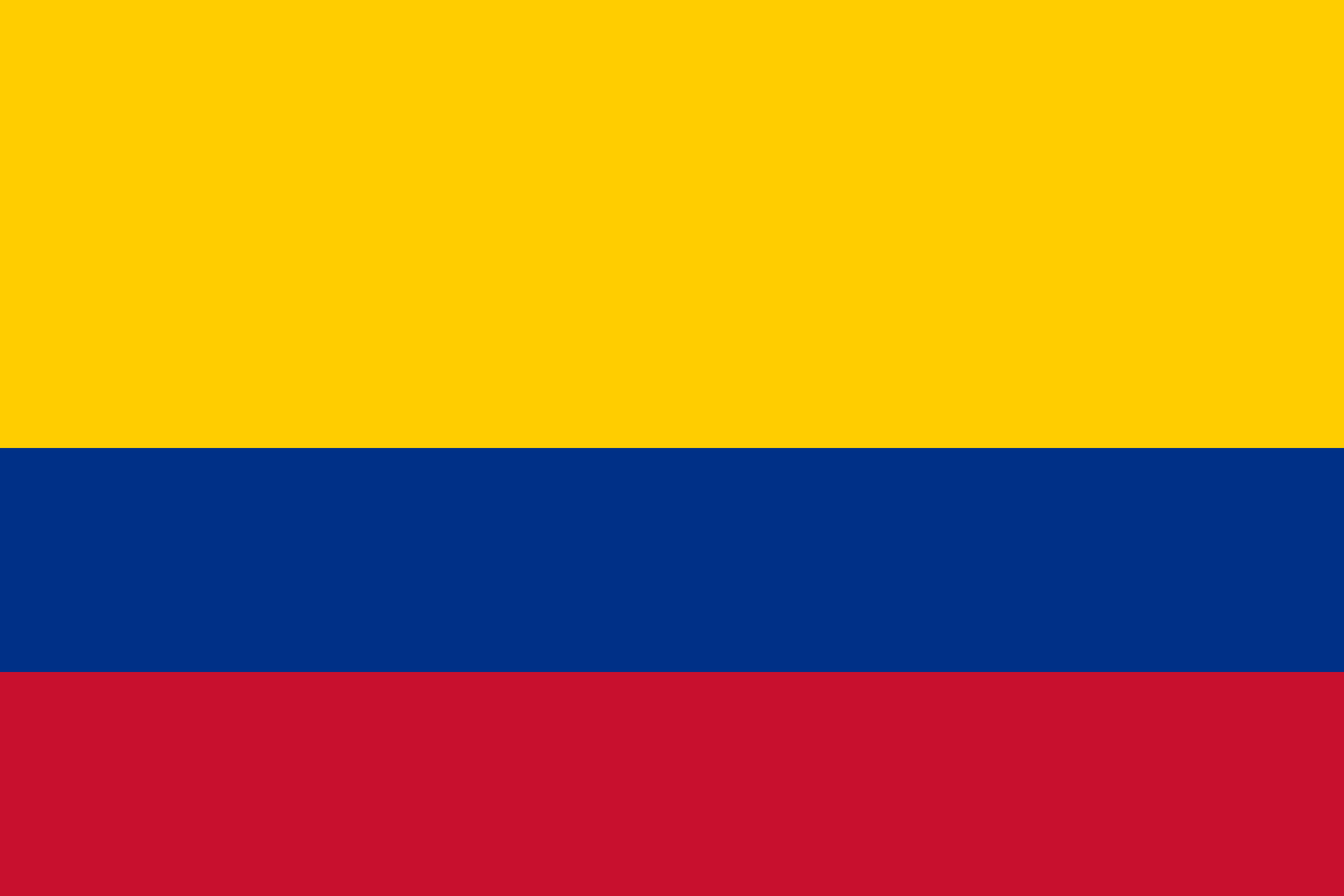