It is time to see the capital of this beautiful country: Bratislava!

When I saw this word for the first time I wondered if there was a volcano near by because of the lava ending… then I thought it was because of the word slav as in Slavik language. But Nope, this word means: bratas: brothers, slava: honor, glory, so the name of the city means something like “Glory and honor to my brother.” This is the best name to a city ever! This name is rather new to this city, new as 1919! It was called Pressburg before.

Bratislava is home to about 430,000 people officially. It has been influenced by people of many nations including Austrians, Bulgarians, Croats, Czechs Germans, Hungarian, Jews, Serbs and of course, Slovaks! Of all these nations, Hungary made its center from 1536 to 1783 crowning many of their kings and queens here.

This city is the only city in the world bordering two other nations! In this case with Austria and Hungary. Let’s look at it in a map:

Wondering about those romans numbers? Me too! Those are its national administrative districts. Each is then divided by boroughs. Each has its own mayor and council.

In 2017, Bratislava was the third richest region in Europe following Hamburg and Luxembourg City by GPD per capita. GDP at purchasing power parity is about three times higher than in other Slovak regions. (Cr. Wikipedia)

So now let’s take a look at the city and its top 5 attractions according to its tourist board. (I will also take you through a small detour in the old historic part.)

We were already here! This castle was the former seat of many rulers and it is the symbol of the city. It houses the Museum of History. It also seats on the top of a hill overlooking the Danube river giving great view of the city to its guests. To read more about the Castle go HERE.

Bratislava’s three-nave Gothic cathedral is built on the site of a previous, Romanesque church, dedicated to the Holy Saviour, from 1221. After 1291, when Bratislava was given the privileges of a town, the church was rebuilt to become part of the city walls (its tower served as a defensive bastion). The present church was consecrated in 1452.

Between 1563 and 1830 St Martin’s served as the coronation church for Hungarian kings and their consorts, marked to this day by a 300-kg gilded replica of the Hungarian royal crown perched on the top of the cathedral’s 85-metre-tall neo-Gothic tower. Ten kings, one queen and seven royal wives from the Habsburg Dynasty were crowned in St. Martin’s Cathedral.

Old Town Hall (Slovak: Stará radnica) is a complex of buildings from the 14th century in the Old Town of Bratislava, the capital of Slovakia. It is the oldest city hall in the country and it is one of the oldest stone buildings still standing in Bratislava, with the tower being built approximately in 1370. The town hall was created in the 15th century by connecting three townhouses, and then went through several reconstructions in the course of the centuries.

It houses the oldest museum in Bratislava, the Bratislava City Museum, founded in 1868, featuring an exhibit of the city history and an exhibit of torture devices. it has a tower that is 45 meters high and rewards visitors with beautiful views!

That is a South-Western view from the Tower of the Old Town Hall in Bratislava.

These last two sites are part of Bratislava Old Town. This is a map I found in a fellow blogger’s site:

There you can visit the following as well:

1. The House at the good Shepherd

Let’s visit it the old part of town … ready?, THIS LINK will place you on the way to visit another old town highlight: Michael’s Gate. Just go straight! Don’t worry if you get lost… it is so beautiful there. Too bad for all the writing on the buildings.

In Bratislava, Slovakia, Michael’s Gate the north of the city is the only city gate that has been preserved of the medieval fortifications and ranks among the oldest town buildings. Built about the year 1300, its present shape is the result of baroque reconstructions in 1758, when the statue of St. Michael and the Dragon was placed on its top.

The tower houses the Exhibition of Weapons of Bratislava City Museum. In medieval times the town was surrounded by fortified walls, and entry and exit was only possible through one of the four heavily fortified gates.

On the East side of the town, it was the Laurinc Gate, named after Saint Lawrence, in the South it was the Fishermen’s Gate (Halász kapu), (Rybná brána). This was the smallest gate of the four, used mainly by the fishermen entering the city with fish caught in the river Danube.

On the West side it was the Vydrica Gate (Vödric kapu), (Vydrická brána), also called the Dark Gate or Black Gate, since it was like a tunnel—dark and long.

Now let’s look at number 8: The Old Slovak National Theater, it is so beautiful:

Located on Hviezdoslav Square, the Neo-Renaissance structure was built in 1885–1886 during the time of Austria-Hungary, based on a design by the Viennese architects Fellner & Helmer, who designed theatre buildings in various European cities. It was opened as the “City Theatre” on 22 September 1886, with the opera Bánk bán by Ferenc Erkel, which is one of the most important Hungarian operas.

As a sign of this event’s importance, Kálmán Tisza, then-Hungarian prime minister, and his entire cabinet, as well as noted Hungarian writer Mór Jókai, attended the ceremony. The gala performance was conducted by Ferenc Erkel himself.

The original building was designed for 1,000 spectators and was illuminated using 800 gas lamps, while the auditorium had a chandelier with 64 lights. The interior was decorated with frescoes by Pressburg/Pozsony-native painter Kornél Spányik and paintings by Munich artist Willibald Leo von Lütgendorff-Leinburg, among others.

Austrian sculptor Viktor Oskar Tilgner built the Ganymede fountain located in front of the theatre in 1888.

The building was restored between 1969 and 1972, when a new modern technical building was added behind the old structure. It features a unique chandelier with 2,532 light bulbs, enabling the creation of millions of combinations of light designs based on pre-selected programs.

The Primate’s Palace is one of the most beautiful classicist buildings in Slovakia. Portraits of Hungarian rulers are exhibited in the picture gallery. An impressive part of the gallery is a collection of six tapestries found in the reconstruction of the palace.

This is the facade:

The Hall of Mirrors is also representative along with five salons furnished with period furniture and named after the color of the walls – green, brown, blue, red and gold. In this 360 video you can move around as you enter the different rooms.

On the roof are allegorical statues by J. Kögler and F. Prokop as well as vases by J. A. Messerschmidt. Atop the tympanum is the coat of arms of Cardinal Jozef Batthyányi, the first occupant of the palace; an iron model of his hat, weighing 150kg, crowns the building.

The allegorical statutes along the roofline were intended to represent the cardinal’s human qualities and achievements. The Treat of Bratislava between France and Austria was signed in the palace’s Hall of Mirrors on 26 December, 1805. Today the palace is the office of the mayor of Bratislava, and the superb Hall of Mirrors is now used to host concerts.

Eurovea is a business, retail and residential complex in Bratislava, Slovakia, in the Pribinova Zone at the border of Old Town and the borough or Ružinov, between the Old Bridge and the Apollo Bridge, bordered by Pribinova street from the north and the river Danube from the south. Eurovea connects the Bratislava Riverfront with the city center and offers stores and leisure time facilities while housing businesses, apartments and a Sheraton hotel. Phase I of the Eurovea complex was developed by Ballymore Properties at the cost of €350 million and it opened after four years of construction in 2010.

Eurovea Phase II will feature the first skyscraper in Slovakia with projected height of 168 meters and 46 floors above the ground with the whole investment estimated at approximately €300 million.

This area also has the new building of the Slovak National Theater, cladded with white travertine, and some of the best views of the Brastislava Castle from its Danube waterfront. With shops and restaurants it is a place locals and tourists can really enjoy!

HERE is the official website of Eurovea Shopping Center.

And this is the new Slovak National Theater:

If you wish to see more attractions, like the next 5 go HERE. 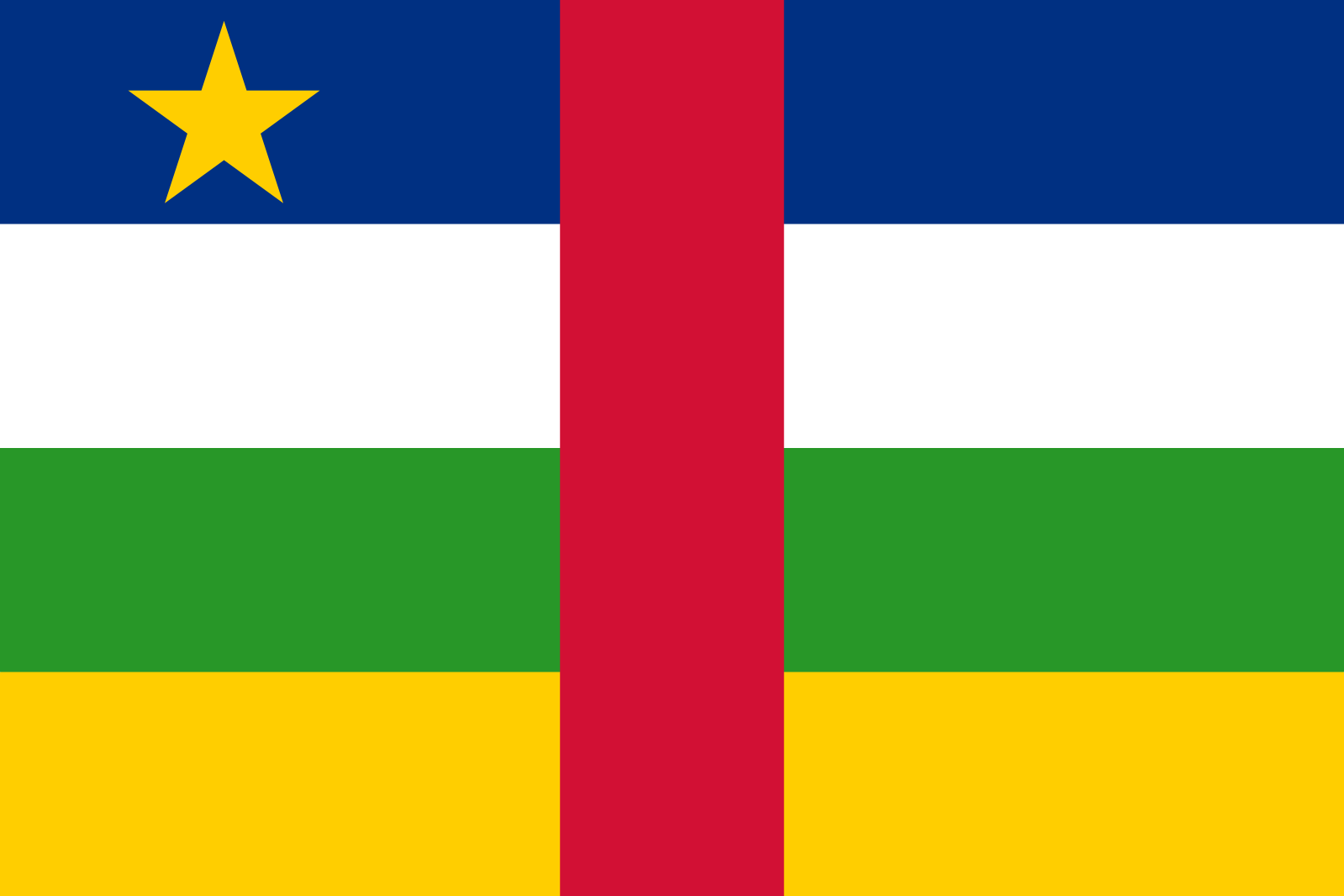