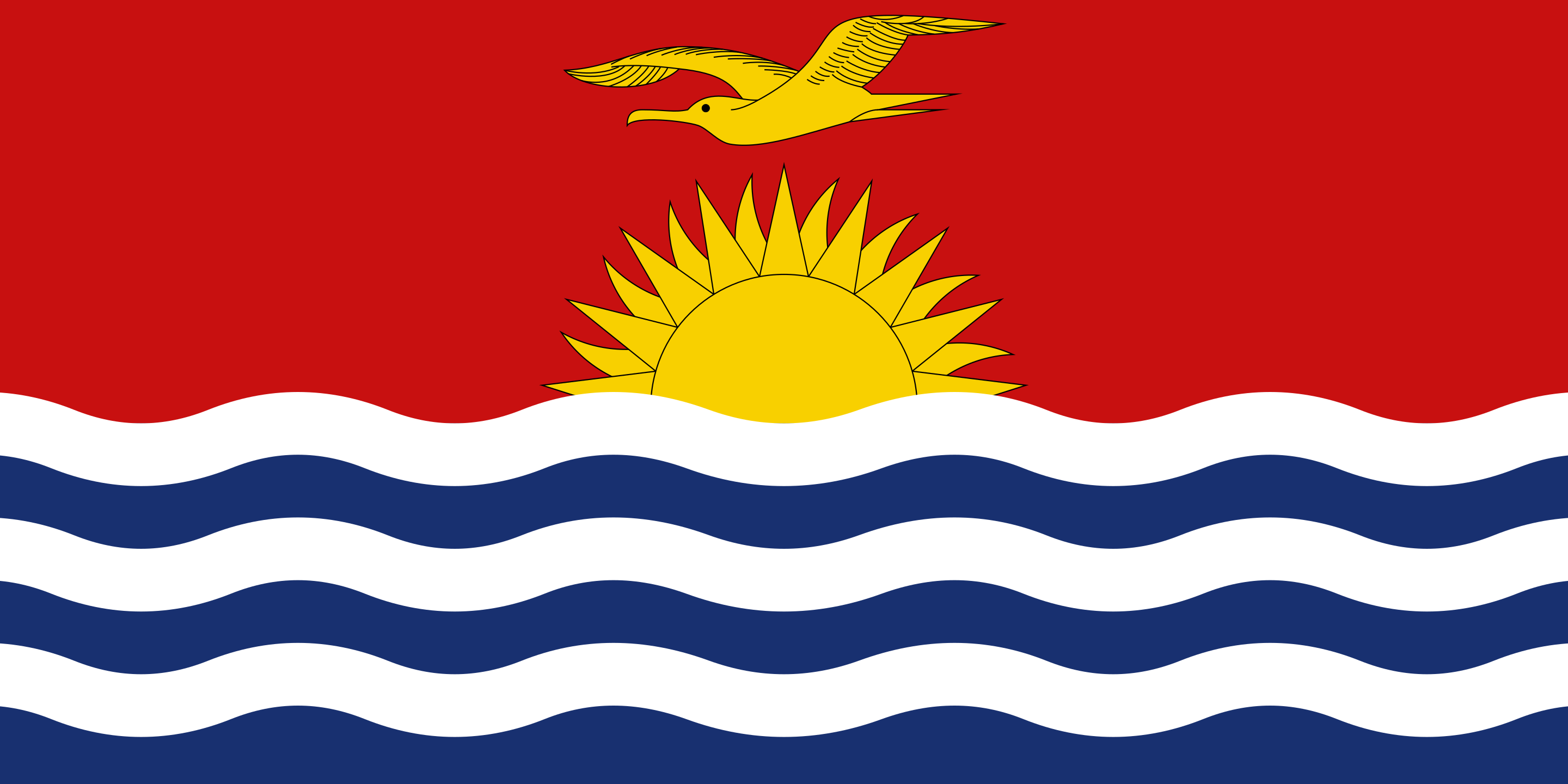 Kiribati, officially Republic of Kiribati, is a country made up of 33 islands in the Pacific Ocean. Kiribati has a total land area of 313 square miles (811 square kilometres). The population is concentrated in 16 Gilbert Islands and 3 Line Islands. In between lie the islands of the Phoenix group, which have no permanent population. Kiribati is the only country in the world to be situated in all four cardinal hemispheres.

The capital and government centres are at Ambo, Bairiki, and Betio, all islets of South Tarawa in the northern Gilberts. The name Kiribati is the local rendition of Gilberts in the Gilbertese, or I-Kiribati, language, which has 13 sounds; ti is pronounced /s/ or like the word see—thus Kiribati, pronounced “Ki-ri-bas.”

A few of the islands are compact with fringing reefs, but most are atolls. The largest atoll (and one of the largest in the world) is Kiritimati (Christmas) Atoll in the Line group, which has a land area of 150 square miles (388 square km) and accounts for almost half of the country’s total area.

Wondering what an atoll is? Me too! An atoll is a ring-shaped reef, island, or chain of islands formed of coral.

Kirimati is the greatest land area of any coral atoll in the world with a land area of 150 square miles (388 square kilometers). Its lagoon is roughly the same size.  It also accounts for than 70% of the total land area of the Kiribati islands combined.

Banaba, reaches 285 feet (87 metres) above sea level and is the highest point in Kiribati. Its rich layer of phosphate was exhausted by mining from 1900 to 1979, and it is now sparsely inhabited.

These are all the extreme points of Kiribati. Cr. Wikipedia

This is a list of the extreme points of Kiribati, the points that are farther north, south, east or west than any other location.

The people are Micronesian, and the vast majority speak Gilbertese (or I-Kiribati). English, which is the official language, is also widely spoken, especially on Tarawa. More than half of the population is Roman Catholic, and most of the rest is Kiribati Protestant (Congregational). There are small minorities of Mormon and Bahāʾī followers. Cr. Encyclopedia Britannica

Flag and Coat of arms

This is the description of the flag. Cr. Wikipedia

The flag of Kiribati (Gilbertese: buraki ni Kiribati) is red in the upper half with a gold frigatebird (Fregata minor, in Gilbertese: te eitei) flying over a gold rising sun (otintaai), and the lower half is blue with three horizontal wavy white stripes to represent the ocean and the three archipelagoes (Gilbert, Phoenix and Line Islands). The 17 rays of the sun represent the 16 Gilbert Islands and Banaba (former Ocean Island).

Here is the description of the coat of arms by Wikipedia:

The coat of arms of Kiribati, officially known as the National Emblem of Kiribati, is the heraldic symbol representing the Central Pacific island nation of Kiribati. The arms feature a yellow frigatebird over a rising sun on a red background among white and blue stripes (symbol of the Pacific) and the 3 groups of stripes represent (Gilbert, Phoenix and Line Islands). The 17 rays of the sun represent the 16 Gilbert Islands and Banaba (former Ocean Island). On the ribbon under the shield is the Gilbertese motto Te Mauri te Raoi ao te Tabomoa (Health, Peace, and Prosperity).