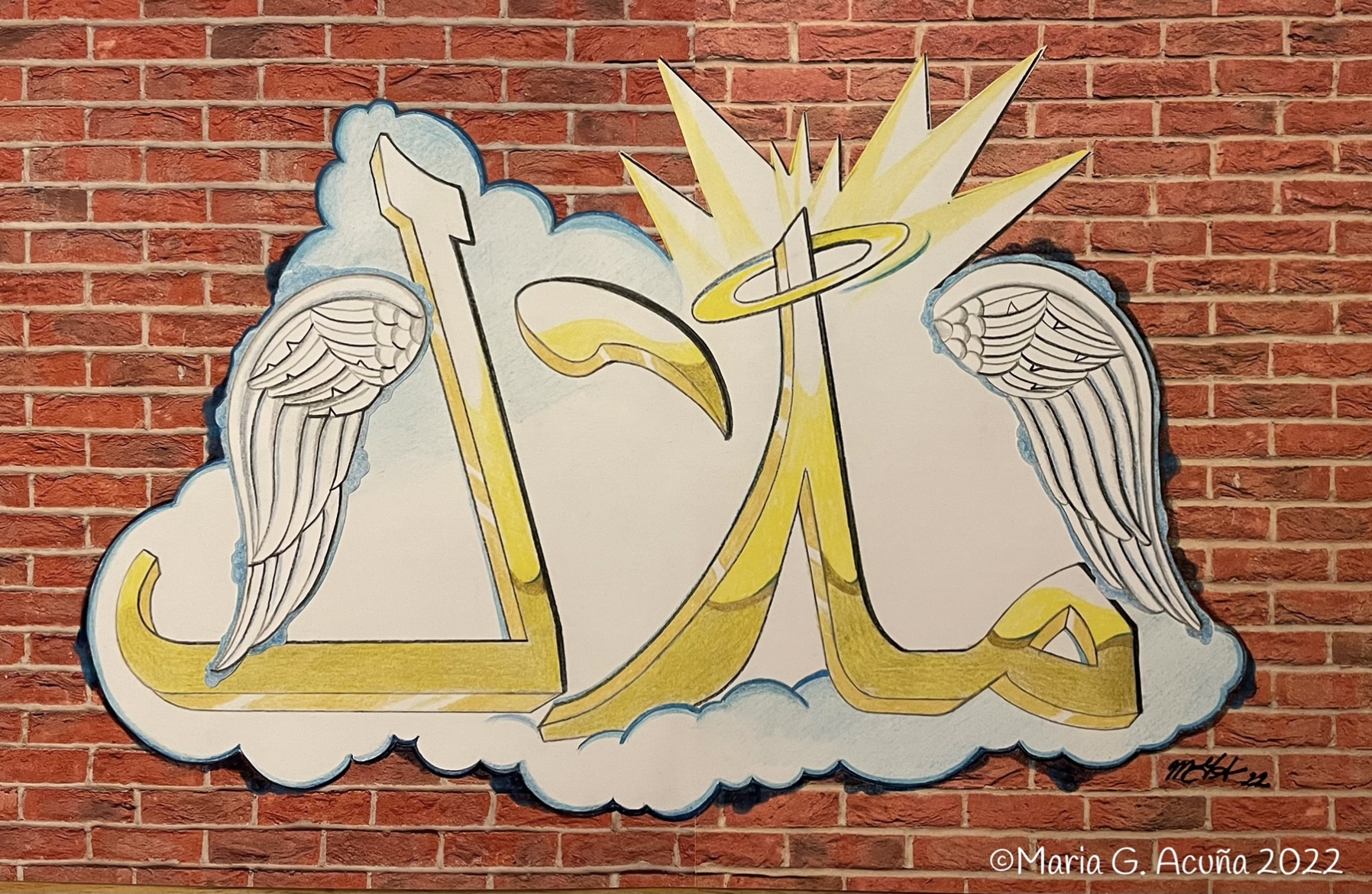 The inspiration for this angel came from a French-Comorian artist. He is a graffity artist and his name is Socrome. His name is an anagram for Comoros.

Even though Socrome was born in France, his started making graffiti in Comoros in 2003. Finding the materials he needed was very challenging, but he saw it as an opportunity to develop an unique style.

“Between 2003 and 2010, he made several trips to Comoros, increasing meetings and exchanges with young Comorian artists. The year 2010 will be decisive: his meeting with young practicing Arabic calligraphy will give birth to original walls where the lettering is made with Arabic letters, and hiughlighting Comorian proverbs. Young people, populations and media talk about it, Comorian graffiti was born!” Cr. socrome.org

Fast forward into 2022 and Socrome is now settled in Paris and very well known in the French world of Graffiti. His instagram account by the same name has his doing graffiti in many locations around the world including the Comoros, many locations in France, Morocco, And even New York.

Here is a PDF from his website that tells his story:

His art seems to concentrate a lot of the letter aspect of Graffiti, but he does have some with black and white human graphics. Here is some of his work:

Here he is at work:

This is a video someone made of him and two other graffiti artists working in France:

As I started thinking of what my angel graffiti would look like, I decided to write the word for angel in Arabic. I looked it up and I learned that it’s “makal-o.” This is the image that I copied from:

This was my draft:

At one point I was thinking of using a black and white image of a woman, just like he adds these very realistic looking faces in his graffitis sometimes, but in the end I thought it looked better without it.

Then I colored and colored it in. I went for celestial blue and gold…by the way you can see me working in my Instagram account. Visit it HERE. Follow me! ^ ^

Then I thought that it would look so much cooler if I made it seem like it was on a wall, so I chose red brick.